Wherein the author of this site reviews books she’s read.

Published by Wicked Jocelyn on September 29, 2020

One futanari professor needs to bend a student over her desk already, but first…

I will  start this book with a slightly tangential confession: I normally can’t read first person present tense narration. Such as, Jocelyn writes a review right now and wonders if she’s really only brainstorming. She decides to continue writing anyway. Many people enjoy the review and share it. Camila Blaire’s book Feminized by my Futa Professor, is one of the few that kept my interest. So with that silly aside out of the way, here’s the sexy book.

Get To Know Objectification

The story begins with Brian, a cis-male who seeks an independent study on the subject of Gender Studies with the infamous Dr. Courtney Kinsey. She enters in yoga pants, and still intimidates. Keeping with the theme of the story, Dr. Kinsey expects Brian to understand what it feels like to be objectified.

Yet it’s clear that Brian is ready to accept whatever stern, alternative teaching messages that Dr. Kinsey has ready for him. Even if it means accepting the slow transformation, including disorienting visions of Dr. Courtney Kinsey completely nude and showing revealing her lady dick.

Brian, finds himself changed after the first session.

Get To Know the Female Orgasm

That then, is the main kink of this story. Brain, a college aged intellectual who is curious about gender, becomes a woman. The futanari makes an appearance, and only that. She’s quite the tease for future stories, one that sets up a squeal.

It’s not too long until feminized Brain takes her first cock into his mouth either.

But she hasn’t penetrated him yet. I hope to see some of that in part 2.

What’s the best cure for post college ennui? A new life as a sex worker for demons.

Rachel Kinsley’s book, Limbo: Demon Desires, is an easily readable, episodic, novella. Honestly, the structure of the book might be my favorite part. I read each hot chapter on lunch breaks over the course of about two work weeks.

The story begins with a set up we all know too well: Samantha is out of college, in a seedy city, and not sure where to go from there. Next thing, she visits a fortune teller who advises her that she’s marked and special. Maybe that explains why Samantha, despite having a high drive for sex, is a virgin.

Before long, an incubus visits Samantha, and her virginity is gone by the morning.

After Samantha joins the demon brothel, she services demons of fear, sloth, greed and so on. In each sexy episode, author Rachel Kinsley adds some spicy temptation. The demons want more then sex. They want to corrupt Samantha through whichever sin they represent. Because of them, every sex scene has a layer of psychological domination in addition to Samantha’s submissive role. Does Samantha break?

The answer comes at the story’s last scene. Without spoiling anything, sex with demons requires some serious sadism. There’s no shortage of humiliation, pain, and submission there. What I read was at least as intense as the most hardcore scenes I’ve enjoyed at Kink.com.  It left me exhausted to read to the end.

Naturally, I enjoyed this book. I hope you do too.

When not writing or contemplating delicious erotica, she creates illustrative art and indulges in her geeky addictions for video games and D and D.

Wickedly Reviewed: Transformed by the Beast by Sally Bend

This is not one of those books.

Sally Bend’s story begins with transgender themes right from the set up. Stephen loves his partner Brandi, who is a real girl “where it counts”. Both live in a plague ridden part of the world. What disaster caused it is not mentioned. However, what is made clear is that governing powers of a church do not care for people who live in the ruins and wastelands.

Stephan has a mission: astronomical events make it possible to visit the Beast, who can cure their diseases. This sets Stephen on a journey through a mysteriously destroyed wasteland, where he encounters a tentacle monsters and sex workers. This section of the story reminded me of the Dark Tower.

So thanks for the recommendation, Sally. I enjoyed the story.

Sally Bend is a queer reviewer, editor, and author of LGBTQIA books. Although shy and polite (she is, after all, Canadian), she loves the bold and boisterous expression of stories that bend the binaries of gender and sexuality.

When she’s not curled up somewhere with a book and a bottle of Coke Zero, Sally can be found online at sallybend.com.

One of my personal favorite kinks is religious taboo. It’s fun to read about sex cults in action. It’s even more fun to read complete sexual desecration. Because why avoid sin? Temptations is only as delightful as the tempted is conflicted.

Yet inside the corrupted cloister, Rachel and Innocence endure the persistent sounds of lesbian sex from the confessionals. Woman after woman comes outs satiated and smelling of orgasm. Their sexuality is triggered, and the Aphordite’s nuns can’t wait to get their hands all over the visiting faithful. Innocence thinks she can resist. But instead, she suckles a futa hucow. “Drink my milk and surrender to Aphrodite’s love.”

That love is a sin that can’t be resisted. Reluctance melts away while a virginal pussy gets licked. By the end, Innocence loses hers and she has no regrets. Instead, she craves more. Finally, she reports back to her mother superior.

Turns out she learned to lie too. Innocence will go back for more, and won’t tell mother superior what’s happening to her.

When it comes to taboo futanari erotica, be careful what you wish for. This book is delightfully depraved: two lost males meet a farm full of futas. What’s the danger? First, these futas run a special kind of dairy farm. Second, lots of futa on male sex here. Third, futas can’t be resisted. 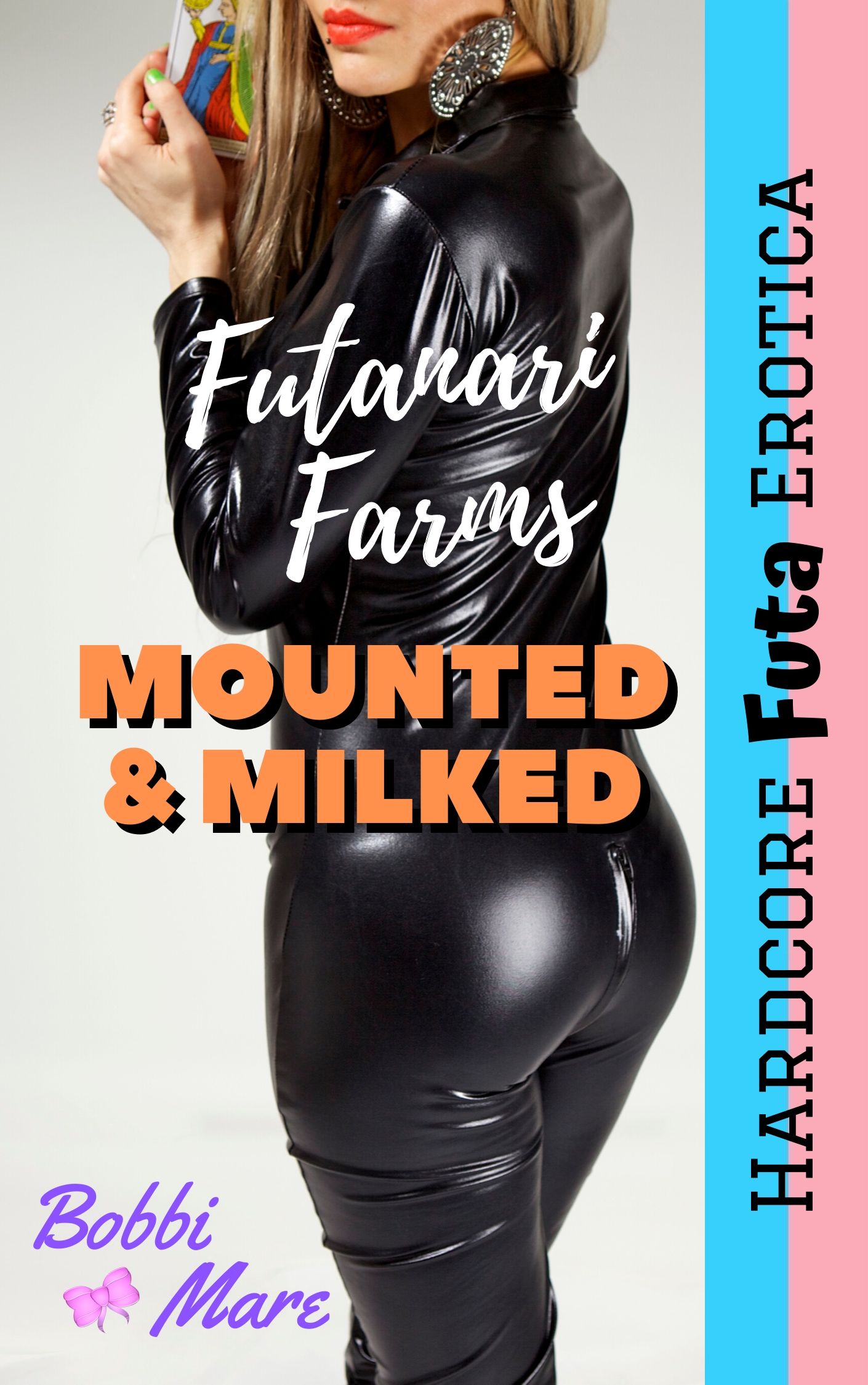 Real world coronavirus crisis, and imaginative world building from author Bobbi Mare set the stage. Futanari semen can cure anything. But it must be processed through humans with the right kind of diseases. Sounds like there might be break down in production right? There aren’t many males lining up for the position. Thankfully, these futanaris don’t need anyone to be willing.

Hapless, COVID-19 infected, males Ben and Shane are lost in the Canadian countryside, unable to return to home. They’re ‘rescued’ by a farm full of sexy futanari. Irresistible pheromones work mind control on anyone the futas encounter. Well, almost anyone. Some men can resist, and the futanari have ways around that too.

Consequently, the futas completely mind wreck one male. He submits to futanari cock in every hole. Next, his body grows milk able breasts, and they dress him up as sissy cattle. The futas milk his teets and his dick because he’s a male hucow now.

Like I said, be careful what you wish for.

This story was hot and filthy. It’s one of the most fun 12k word reads I’ve purchased recently. Enjoy!

If you are not at least 18 years old, with an open mind and an insatiable sexual curiosity, then you probably shouldn’t be reading my bio, much less my stories.

Published by Wicked Jocelyn on April 9, 2020 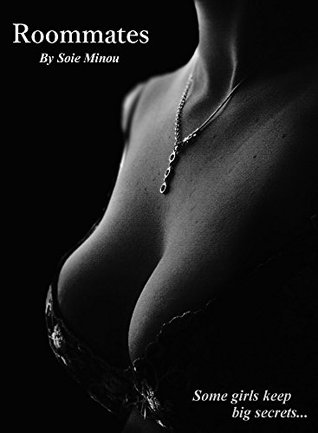 This is a story of an angry, isolated, futa and her new roommate Evy.

The set up towards romance flows at a great pace. Evy, the narrator, gets to know the harsh, curt, Julienne that she shares an apartment with. It is an interesting enough set up that you want to read on to find out why Julienne is anything but a people person. At the same time, it’s fun to see the surprise sexual attraction that Evy has for Julienne

I enjoyed the accidental, and entertainingly awkward, moment when Evy discovers why her roommate is always wearing baggy pajama pants.

Also, the naughty bits are quite hot.